Fence in back is now under construction

Outdoor planter boxes have been setup 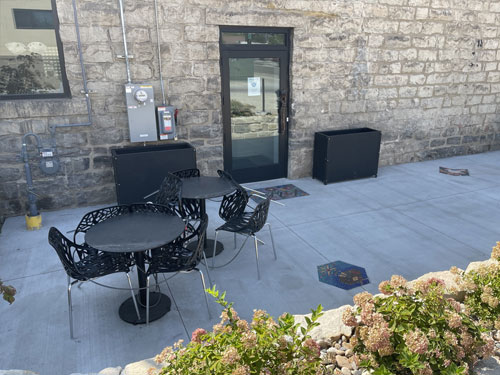 The next step is to add flowers and plants to the beds.

Sprout Energy has installed the solar panels on our brand new roof. 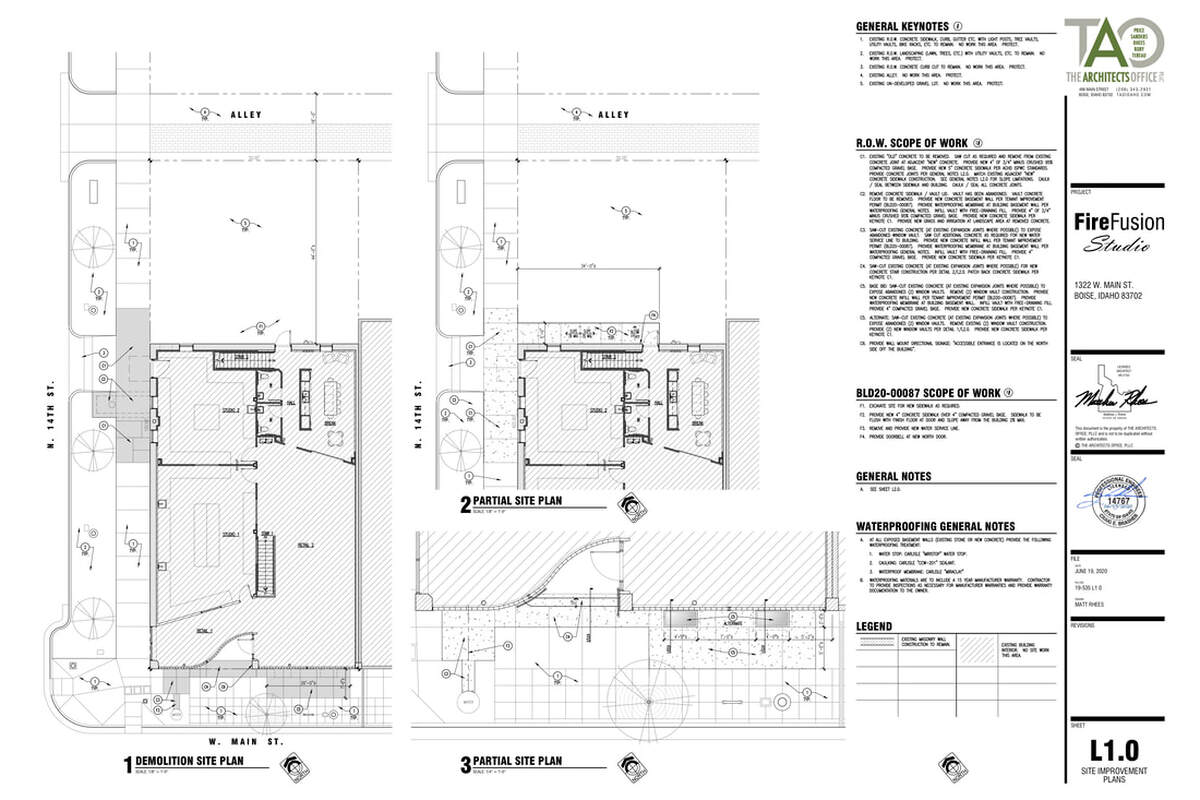 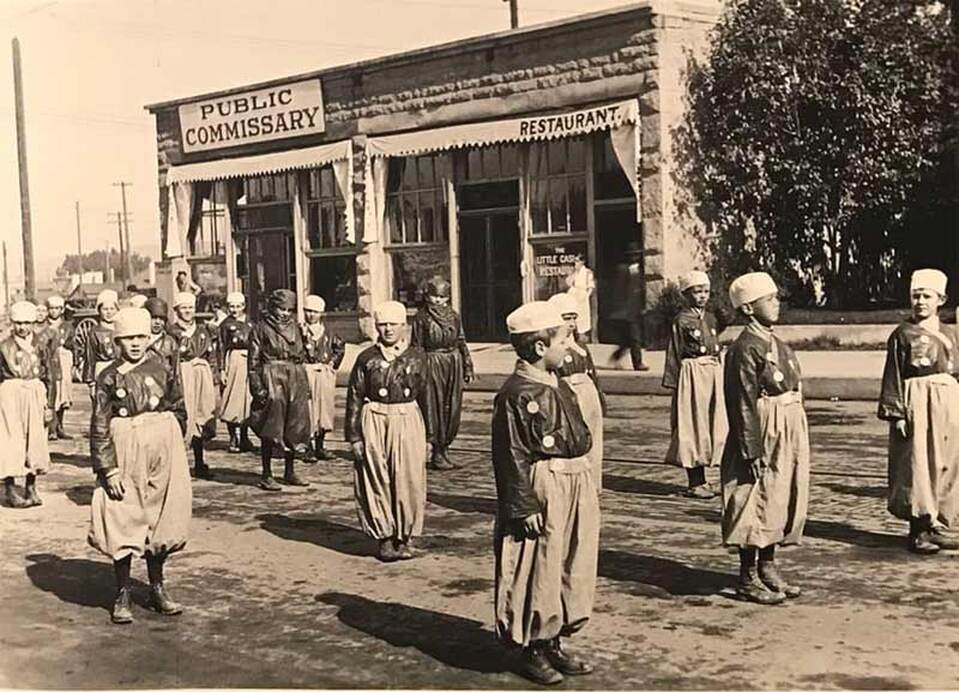 Our building's original storefront in 1913!

​Our new studio and gallery is one of Boise's oldest remaining structures! Built in the Edwardian era from local sandstone, it has housed an array of businesses from the early 1900's to now.

This comes with lots of old-world charm, and. a whole host of issues- one such issue we ran into with our plumbing shortly after purchasing the building. We found out that our building's water line was not connected to the city's line- instead, they had connected another line on the property. As our plumbers were digging their way to the second, connected line, they started to dig up what seemed to be a building!

​According to the 1912 Sanborn map, the building with a stone foundation at 108 & 110 14th St (our parking lot) was split into two dwellings. Our building was home to 3 different shops- a second hand store we assume to be Lovely's, "S" denoting an unnamed store, and a sign painting shop. Allegedly, this was the period in which the basement served as a dirt-floor brothel, and illegal gambling site, as later owner Denis Ochi told us.

In 1930, the address was listed as Nelson's Grocery. On August 27, 1935, records show a Quit Claim deed by the Davis family of Julia Davis park in Boise. Meanwhile, a 1937 Idaho Statesman article discussed "widely known Boise resident, Mr. Richard Moore, of 108 1/2 14th Street."  His wife was noted in the newspaper for her dinner parties and cards to follow- one article even discussing the winner of the card game!  In 1940, the listing noted both Nelson's and Baldwin's Meat & Market. By 1950, it was listed as Bob Fifer's Appliance store.
​
From February 19, 1957-November 20, 1961, the entirety of 1322 W. Main St was home to Trader Horn's new and used furniture and appliances. They ran weekly ads in the Idaho Statesman, advertising low prices for items from post card machines to used cars. 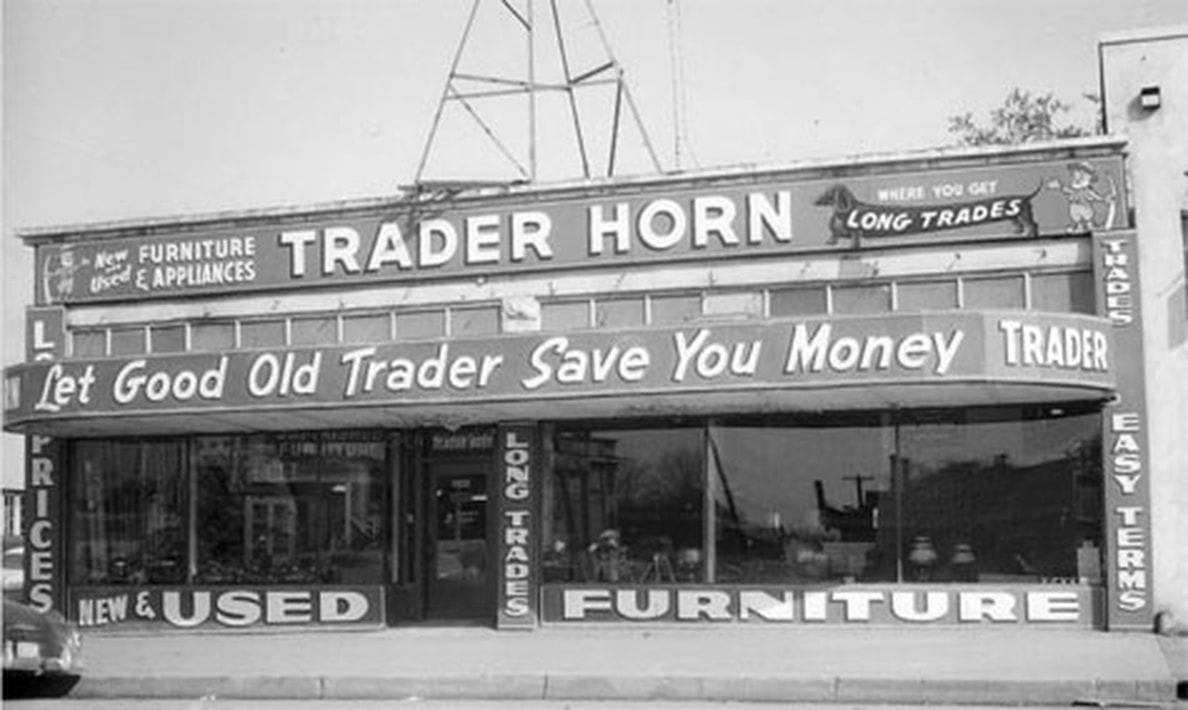