What's Going On in our Studio?

Sneak Peek:
​You Can't Take It With You; One Life, One Legacy
Delia Dante's is working on her second skull in the series: Greedy Bastard
Delia has been working on the completion of her second skull in the series 'You Can't Take IT With You'.  Each skull was formed from a 3D print using plant based filament then electroplated with copper.  The crowns were all drawn using a computer process then cut out on her CNC machine. Once the skull has been burned-out she incorporates enamel, both liquid and powdered, to establish its color.  This week she has been concentrating on the small details of the crown, eyes and teeth.

Skull Three has just been printed and Delia is just about to put it in the electroplate tank.
Inspired New Panels 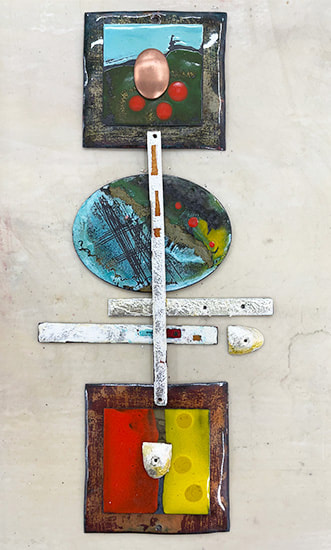 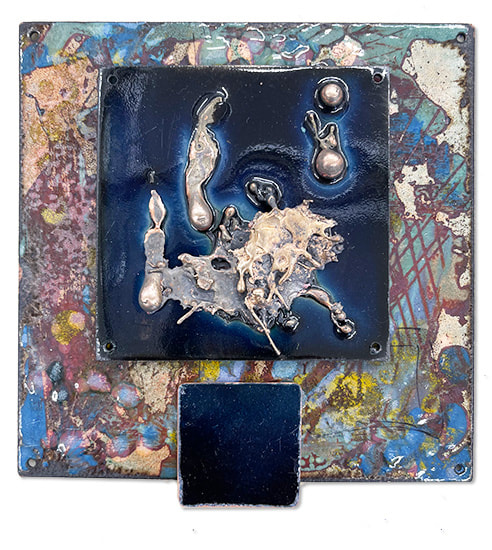 Delia has had a rush of inspiration and has begun creating new panels from work that she has been trying to finish but has been put on the back burner.
Sneak Peek:
​You Can't Take It With You; One Life, One Legacy
Delia Dante's solo show Inspired by her sculpture at Coa Di Jima and thoughts of what is important to leave behind. A cautionary tale told through skulls.
Gallery and Classroom
Delia has been working hard to update the look and feel of both the gift shop and class studio.  She has removed her market jewelry and opened the gift shop for more fine art space.  The classroom now has new retail shelves and a better visuals of the class examples for students to look at before their adventure begins.
Ampersand Studio Photo shoot
Delia has been working with a local branding and photography studio to modernize her gallery and brand. We plan on updating the website and other advertisement and promotional material in February after we finalize the process. Were super excited at the results were getting. 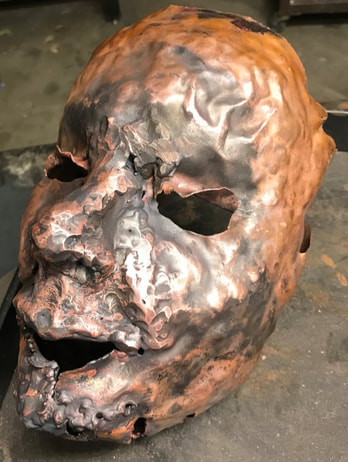 ​Delia has been working on her Women Warrior sculptures amid the chaos of our many moves, Covid-19 and having 4-year-old Ava now in school.
​
​ The first warrior is a self portrait. In the beginning stages, she constructs the portrait using a technique of hammering, forming, and additive tig welding of flat sheet copper.
She is simultaneously copper electroplating part of her warrior headdress from an antique welding helmet, along with other sculptural elements which will be welded, enameled and cold connected. ​